And, contrary to the popular view, almost all Blue Mountains snow is wet snow, with multiple snowflakes sticking together as they melt. I've only seen a handful of fairly dry snowfalls here in many decades. It needs to be below zero for dry snow to typically fall and that is rare in our region. An easy way to observe the water content of our snow, is to observe melted snow in a rain gauge. 1cm of Blue Mountains wet snow usually equates to 1mm of melted snow in the rain gauge. 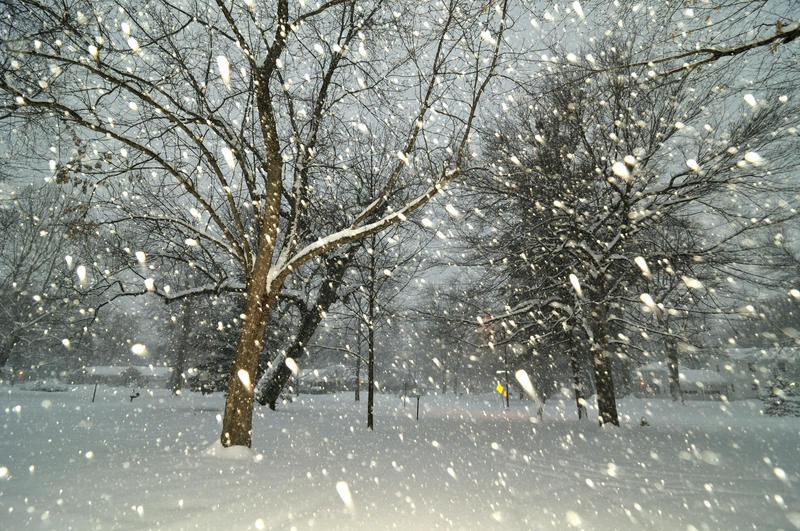 Sleet - a mixture of snow and rain. 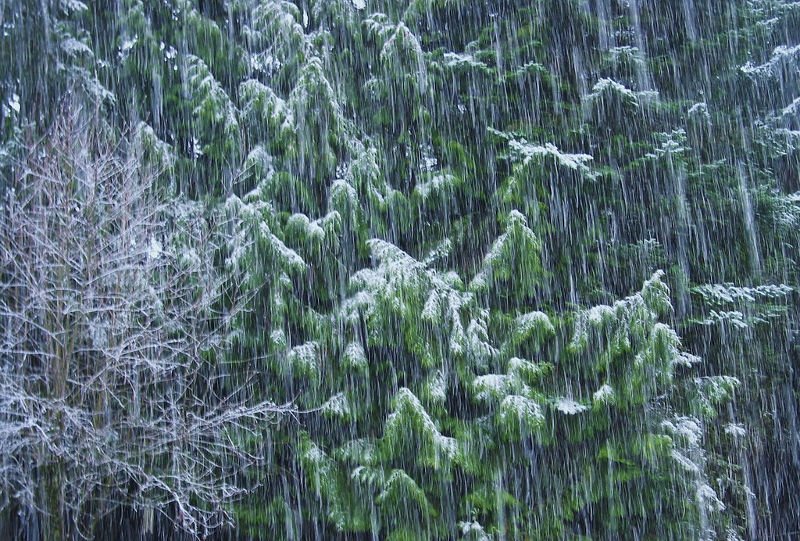 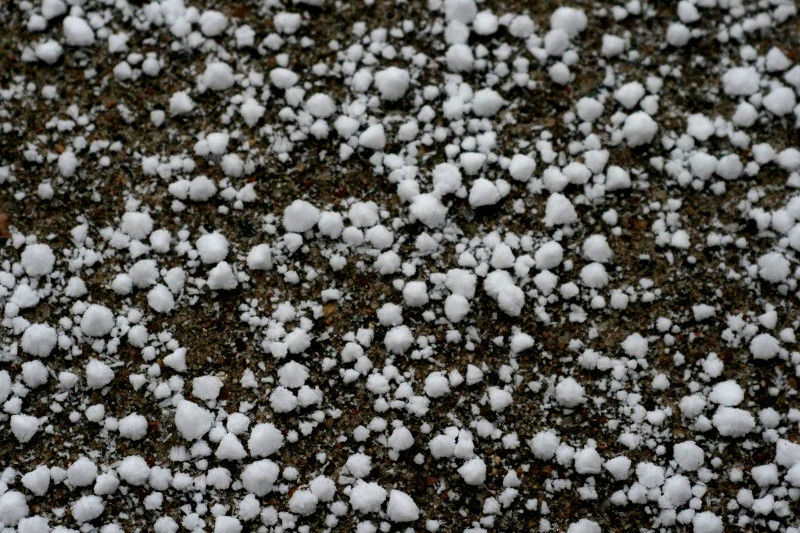 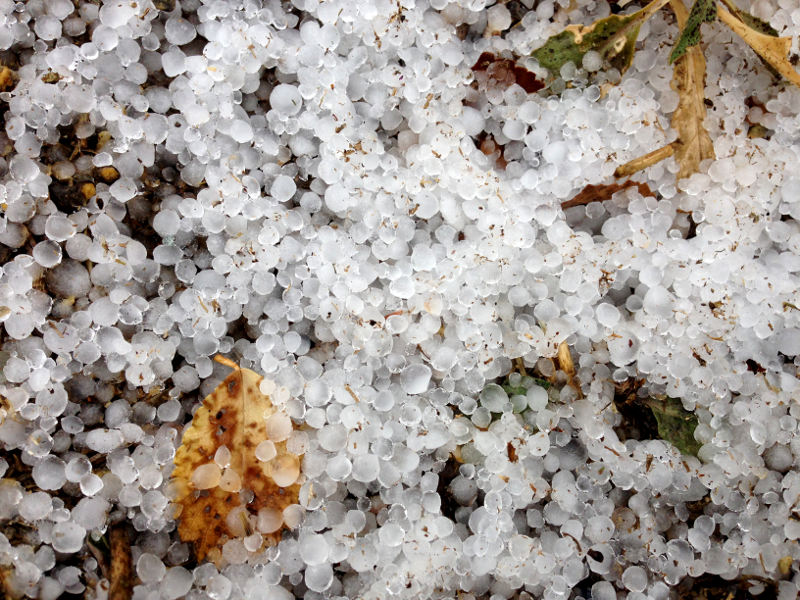 Sleet can be a confusing term at times, as it doesn't have an internationally accepted definition. And for the sake of observational clarity, there may be a slowly growing call to remove it from the aussie wintry precipitation dictionary and replace it with 'Snow/Rain Mix'.

In Australia, where snow is a relatively uncommon phenomenon, even wintry hail can be mistakenly called sleet. Graupel (sago snow, snow pellets) may also be mistaken for sleet. Snow grains, too, can be erroneously described as sleet. Even, drifty/blowy spitty rain can be incorrectly observed as sleet. And then there is American sleet, which is a different phenomenon altogether!

The UK Met Office says, 'Sleet has no internationally agreed definition but is reported in meteorological observations as a combination or mix of rain and snow...'

So, if we have to use it, probably the best Australian and English definition of sleet is snow in the process of melting. As an observation, this can present as wet snow flakes with some rain present, or even cold rain with some slushy, soft ice present.

So for those of us in Australia, if the temperature is not quite at zero degrees celsius (typically between 2C and 3C) and the air is saturated with precipitation, you will usually see rain with some snow flakes occuring. Generally speaking, as the temperature continues to drop below 2C, more snow than rain will appear until only snow will occur at around 1C to 0.5C and below.

In the USA, sleet is a different phenomenon, being small, clear ice pellets. They are sometimes mistaken for hail but form in a different way and are usually (but not always) smaller - around 5mm or less. This occurs when snow flakes falling through a small layer of warmer air (typically in the mid-atmosphere from 5000 to 10000 feet) begin to melt. They can then re-freeze if they pass back into a layer of colder, sub-freezing air closer to the ground, resulting in little balls of clear ice. In Australia this phenomenon is not called sleet but is usually described by the common name of ice pellets and is sometimes mistaken for hail.

NB: It is actually possible for snow to occur at temperatures as high as 5C but the upper temperatures (at 500hPa) and mid level temps (at 700hPa) need to be cold (for convection) and the relative humidity needs to be well under 100% near ground level. Such snowfalls are brief and rarely settle.

In the Blue Mountains (and across the Southern/Central and Northern Ranges of NSW) we can also experience graupel which goes by the common names of 'snow pellets' or 'sago snow'. Such icy/white precipitation is usually less than 10mm in diameter. This phenomenon forms when super cooled droplets in convective clouds (as low as -40C) form over melting snow crystals and produce an outer coating 3mm to 5mm thick. The appearance of graupel can vary from a soft, stubby white cone-like appearance to something more rounder and brittle, depending on how cold the air is when it develops in convective clouds.

Snow grains are also observed in the mountains and they are white, opaque grains of ice that are usually very small, typically less than 3mm and are fairly flat or elongated. They tend to fall in weak stratus or fog and the accumulations are very light. They can be confused with sleet and even drizzle and sometimes the only way to confirm an observation of snow grains is to let them fall on a very dark jumper etc. Typically it needs to be 0C or below, for them to form.

Hail can be confused with ice pellets and snow pellets (sago snow etc) but typically forms in warmer weather, in spring and summer convective cells and thunderstorms. However, it can occur in cold weather, too. It consists of hard-ish balls of ice or irregular lumps of ice, that usually have observable layers of ice in their design.

Unlike graupel/sago snow, which is made of rime and is typically, white and crumbly, hailstones consist mostly of water ice and measure between 5 millimetres (0.2 in) and 15 centimetres (6 in) in diameter. Winter hail is usuall small.

So, just to refresh on the various forms of frozen winter precipitation in Australia, we have: 1/ Snow, 2/ Sleet (snow/rain mix), 3/ Graupel (sago snow, snow pellets), 4/ Snow grains 5/ Wintry, small hail 6/ Ice Pellets (american sleet) - which is not as common.

Remember, sleet is easier to identify if you follow this; it will be observed as melting snowflakes falling with some rain and even rain occuring with a bit of ice associated with it. IMO, the best method of identification, is to watch it falling on a car windscreen as you drive through it, in which case the sleet splatters leaving ice crystals clearly visible.

However, it just may well be better, to gradually leave sleet out of our descriptions, as there just isn't one description internationally to describe it and too many casual labels, that allude to it. Rain mixed with snow, sounds like a better replacement title for the No.2 description, above.

NB: This document is a work in progress, as I learn more about this topic, both from observation/experience and talking to other experienced weather minds. Thanks to those that have helped me come to a clearer understanding.